My name is Tiina van Leeuwen-Seppänen, the owner of Finsetolk. I was born in Finland, in Helsinki and have lived in the Netherlands for more than 30 years. I have been working as a freelance interpreter / translator Finnish since 1995. My mother tongue is Finnish and my working languages Dutch and English. 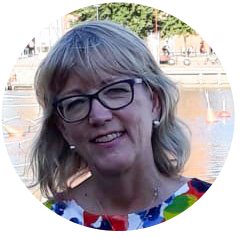 Find out more about my language services and specializations